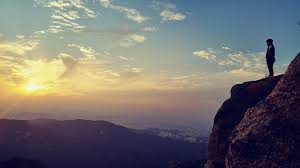 I was scrolling Facebook on my phone the other day (which explains why I missed the context of the comment that caught my eye), and I ran across a statement that made me cringe. When I went back to read it in context, I have to say that the person who made the comment, in the context of what he was saying, didn’t mean it the way it sounds. But, even after some thought on the matter, it’s a comment that still needs some scrutiny by us as Christ followers in this world. It’s an idea I have touched on once before in “Holier Than Thou.” The comment I heard, and that quite honestly I hear too often from folks who profess Christ, was “I am not called to be holy…” Now, in the context of my friend, in his defense, he was making a statement more akin to I am not called to be nice or pious, which is a bit different than holy. But in the case of a whole lot of Christians, they actually mean it when they say they are not called to be holy, and contrast by saying they are instead called to reach the lost, serve the poor, be winsome to the unchurched who don’t yet know Christ. It comes across as though these are two separate, and diametrically opposed, calls on our lives. That you cannot be called both to being holy and to serving your fellow man.

This casual dismissal of the call to be holy, whether in our actions or our attitudes, and the casual juxtaposition against the call to seek the lost, makes my heart ache and my soul cringe a little. We are after all, warned that when we lead others astray it will not go well for us. And here’s the problem, the reason making such a statement, even if you don’t mean it that way, is such a problem when it comes to certain issues like being holy. We give up the language that is peculiar and specific to God’s people if we dismiss holiness as what the world says it is, pious or perfect. This dilutes the message, and puts us in danger. To point to just a couple spots:

“Speak to all the congregation of the sons of Israel and say to them, ‘You shall be holy, for I the LORD your God am holy.” ~ Leviticus 19:2

“but like the Holy One who called you, be holy yourselves also in all your behavior; because it is written, “YOU SHALL BE HOLY, FOR I AM HOLY.” 1 Peter 1:15-16

“I appeal to you therefore, brothers, by the mercies of God, to present your bodies as a living sacrifice, holy and acceptable to God, which is your spiritual worship.” ~ Romans 12:1

We are called by God to be holy. All the way back from the time of Abraham and Sarah actually, and particularly from the time of Moses. I get that we don’t live under the law of Moses, according to New Testament theology, that we are saved by faith. Yet, Paul himself, the most prolific author regarding saving faith, calls us here in Romans to be holy. Peter, the rock upon which Christ built His church, calls us here to be holy. We as Christ followers can’t go walking around stating that we are not called to be holy, no matter what it is we might be trying to illustrate. Because other Christians are watching, and if we say such things, we will become a stumbling block to them.

So, what does it mean for us to be holy? I actually went to look that up, since that seemed to be where God was nudging me after rereading the original exchange that caught my attention. Holy is one of those funny words that  we don’t really get right in our head. We tend to use definitions like “Godly” or having the characteristics of holiness. Which isn’t exactly a helpful definition. The other things that comes to mind for us is perfect, which also isn’t quite right. The more I reflect on what we typically think of when we say holy or holiness, the more I understand why we slip toward we are not called to be holy. But, that is because much like the word love, we have allowed the world to hijack the term and twist its meaning into something vague and impossible and then try to hold us accountable to their standard. So, to avoid the argument (and the language lesson) we slip into well, we’re not called to be holy, we’re called to do xyz.

Strong’s has a definition for the Greek word that gives us a little more of an inkling what God intends with this call to holiness. The word holy means set apart, different, and a little more precisely set apart for and by God. So, Scripture tells us in many places that God has called us out of the world. He has called us to be set apart, different from the world around us. Peter and Paul both refer to this concept as being strangers in the world. Christ calls it being sent into the world, as He was by the Father, but not of the world. (John 17:16-26) Reading the Leviticus verse with this in mind (especially if you look at the rest of the passages in Leviticus on the subject), we start to understand that we as Christ followers and adoptees into God’s family, grafted into the house of Abraham, we have been called out and set apart by God for His purposes, and we are to keep ourselves set apart for God in our hearts and actions.

Christ continues in John to tell us why it is we have been set apart, made holy, been made into saints (another definition of that word in Strong’s). Christ says that we are made holy so that the world will believe that the Father sent Him. The author of Hebrews makes that explanation of Christ’s into an even more pointed reminder of the need for us to be holy with:

Strive for peace with everyone, and for the holiness without which no one will see the Lord.  See to it that no one …  that no one is sexually immoral or unholy like Esau …” ~ Hebrews 12:14-16

So, according to Scripture, we are set apart, which is also holy, or a saint, for and by God so that the world will come to believe that the Father send Jesus, the Son, to save the world. Further, according to Scripture, without that holiness, our willingness to be set apart to God, no one will see the Lord. At the same time, we have to be prepared to be set apart while IN the world, because the purpose of that holiness is for them to believe.

Seems to me that we, as followers of the Lord, are called to be saints and we are called to be holy. We are called to these things not in the sense of the modern vernacular of perfected or pious people, but in truth set apart by a singular, set apart, different, unique God who called us out of the profane into the sacred to His purposes. We are called to that holiness so we can do His work of proclaiming the salvation of His Christ to a world who rejects the notion of holiness, and rejects the notion of God. Let’s not let that culture, that world, redefine what it is to be holy to trick us into giving up that call, because without it, we cannot do the work Christ called us to.

Oh, and I have to say, when I went back to read that exchange that initiated this whole train of thought was that in spite of that small little phrase setting my thoughts reeling, my friend did an exemplary job of demonstrating what it is to be set apart, a saint, holy, standing on truth firmly but gently, smack in the middle of a storm in the world. What a beautiful example God blessed me with today.