Killing Me Softly | The Abortion Wars 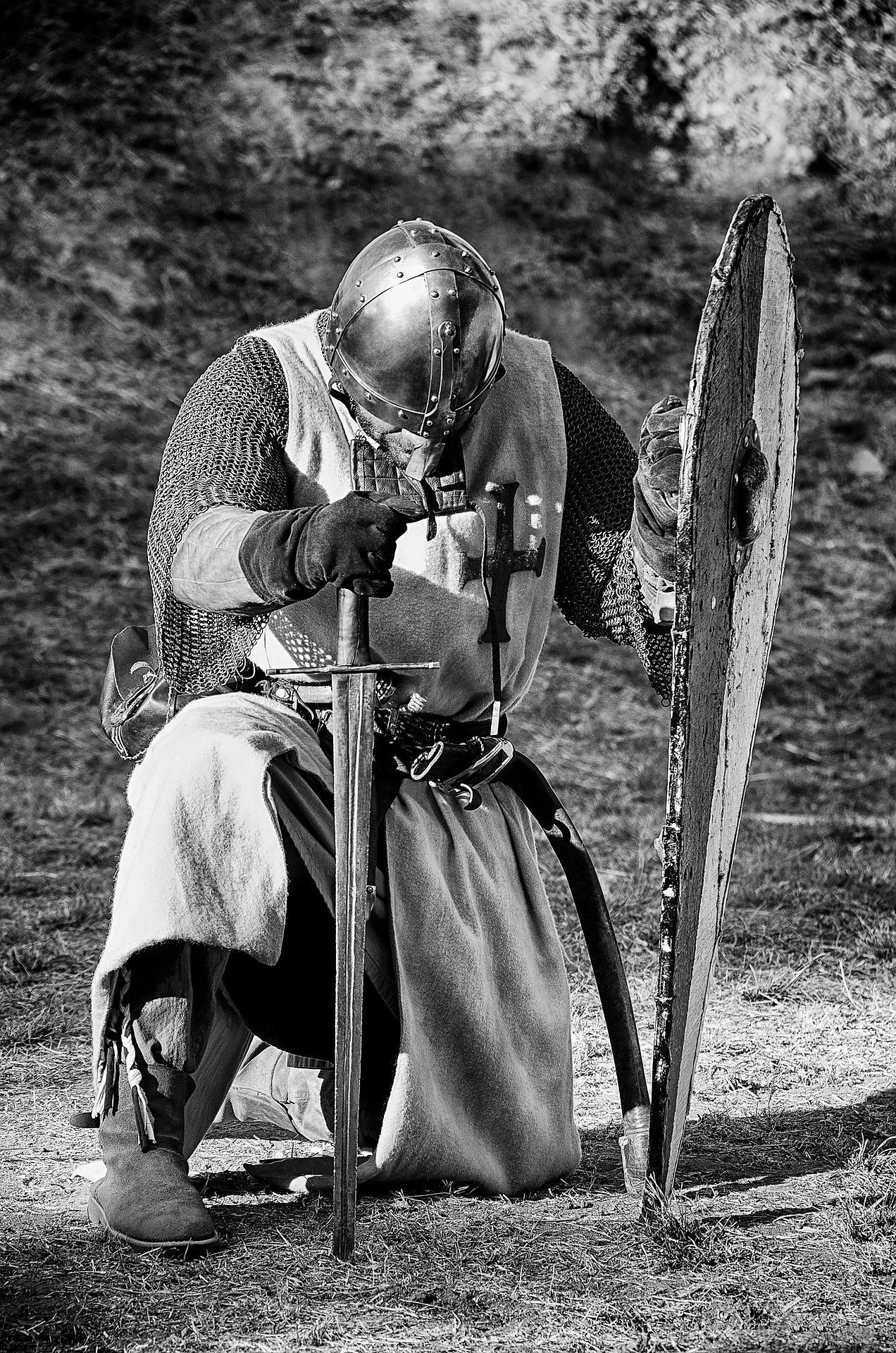 I don’t know about you, but my heart has been breaking for weeks now. It began with heaviness as the Covington Catholic School lies spread through my friends on Facebook, and became a conflagration across the global media. And it shattered into a million pieces as I read of the celebrations on the floor of the New York Assembly when they passed a bill that legalized abortion.

Those pieces melted into a deluge of tears when I went and read that law, and realized it wasn’t just about killing babies in the womb. It was about leaving them to die, alone, poisoned, cold, and crying if they managed to survive the needles and forceps and other instruments of a tortuous death meant to rip a life from what is supposed to be the safety of a mother’s body. I spent two days weeping on and off. And as I write these sentences, my eyes are struggling to leak once more.

I thought it was finally subsiding a bit. Then the insanity struck again in my new home state as Delegate Tran proposed a bill that she admitted would allow women and doctors to kill babies during birth. Following on the heels of her jaw droppingly honest, and gruesome testimony, the sitting Governor of my new homes state took to the air waves. A man who once called himself a pediatric neurosurgeon. He explained how under this new law, that he lauded, if a baby survived delivery it would be kept comfortable while the mother and doctor discussed whether or not to kill it. I suppose it could be considered a small mercy that at least he advocates for providing warmth at least before taking the life of a living, breathing infant.

I admit I do not ever want the horror and tears to completely pass. I do not think I can claim to be a child of my God if I somehow numb myself to the horror these people propose. I cannot claim to love my God if my heart does not cry out in tears at the blood of 60 million babies on the hands of the people of this nation. An ocean of tears is not enough actually. I cannot claim to love God or my fellow man if my mind does not shriek in righteous wrath at the idea that we would have the audacity to shout and praise in jubilation, and proclaim that abortion is a sacred and holy work, blessed by God. Such proclamations are a death sentence upon those who speak them, and upon this nation the Lord has placed me in.

No, I cannot say I hope that the recoiling, tearing, searing despair over this atrocity will pass from my heart and mind. But, I can say that it needs to submit. Rage, wrath, anger, vengefulness are all emotions. No matter how justified they may be, and truly they are justified, even in Scripture. The Lord does call us to hate what He hates, and His word is clear that He hates those who spill the blood of the innocent. The Word also tells us though that our emotions must be submitted to our reason, and our reason must be submitted to God’s will. So, while I pray my heart will never harden enough to look past the horror of abortion, I know there’s got to be more than anger, and that in the end, vengeance belongs not to me, but to the Lord.

Don’t Get Mad Get Motivated

The truth is, every person on this earth should be disturbed and disgusted at the thought of tearing a child limb from limb, in or out of the womb. But, there is a strong delusion in the world today. There is a lie that tells us it’s none of our business if women and doctors want to be killers, as long as their victims are out of sight. There is a deeper, more dangerous lie that tells many of these women that these are not children they are killing, but simply cells to be discarded, no differently than a monthly cycle. It’s time the people of God do more than get mad about abortion. It’s time we get motivated.

I will dedicate the next several days to doing and sharing research. I want to provide concrete steps to bring the fight the governing bodies of this nation at all levels. Today, I want to focus on three important things we can each commit to doing here an now. One for everyone, one for folks here in Virginia, and one for folks specifically in District 86 of Virginia.

As Christians, we know that the Lord is victorious in the end. We know that we have a unique set of weapons and tools for fighting the evils of this world, here and in the heavenly places. 40 Days for Life is committed to using those weapons to their fullest. What if God’s people really begin to pray? What if each one of us who called Christ Lord committed to an hour, two hours, a day, more, of praying at the nearest abortion clinic? What if each church committed to filling a day with multiple congregants to pray for, and with, those who come into these clinics? What if we turn to God in our anger and despair and ask Him to do what only He can do? What if we sing His praises in front of a watching world?

We can. The next 40 Days for Life campaign begins March 6th and runs through Easter Sunday, April 14th. Let’s all pick something meaningful to fast from for this Lenten season. Make it a specific purpose of fasting for an end to abortion. And let’s all find a place to go out and pray. There is likely a campaign near you. If there isn’t, consider signing up to start one during the fall campaign, and in the meantime, go pray at your city hall, your court house, your capitol building. Get your friends, get your churches, get your youth groups, your women’s groups, everyone you know, and go pray. Consider knocking on doors to telling folks why we pray. Ask to pray for them, and with them.

The national March For Life is over for 2019, but many states have local marches as well. Virginia has a March For Life in Richmond on April 3rd. Marching doesn’t always feel productive. Sometimes if feels down right useless in the face of this evil. But, our law makers need to know many are willing to stand for these little ones who cannot stand for themselves. We need to remind them we won’t forget come election time. They need to see people willing to show up in the middle of a work week, when there are plenty of other things to do, to tell them that every life matters.

So, if you’re in Virginia, make plans to be in Richmond from 11-1 on April 3rd. Gather some friends. Grab your church. Round up your youth groups, your small groups, your Bible studies. Have a sign making party. Get a bus, car pool. Pray up, mount up, and let’s go make some noise.

District 86 Delegate to the Virginia House

One of the women who sponsored the baby killing bill in the Senate here in Virginia is Jennifer B. Boysko. Voters recently elected her to the Senate from the House. Her former seat is open for a Special Election on February 19th. There are three candidates running in that election. One Republican, one Democrat, and one Independent. If we hope to keep stopping this legislation, pro-life candidates must make gains in both chambers of the Assembly.

District 86 is in Herndon and the surrounding area. If you live in the area, go vote. If you’re not registered, February 12th is the deadline to fix that problem. Call your preferred candidate and find out how you can help them get elected. Go knock on doors. Work a call center. Talk to your friends. Talk to your neighbors. Provide transportation. Whatever is legal, do it.

This is not the time to give in to despair. It is not a time to shrink from the battle. It is no longer viable for the faithful to remain silent. Just because our ears cannot hear doesn’t stop their screams of pain. There is a battle raging in the heavenlies. It has spilled into our streets, into our neighborhoods, into our schools, and into our churches. The blood is running red in our souls.

Buckle on your belt of truth, and cinch up your breastplate of righteousness. Tie on your shoes of gospel of peace. Get a grip on that shield of faith, and settle down that helmet of salvation. Pick up your sword of truth, and step into the fray. Lets start shaking the gates of hell, and chase this devil back where it belongs.