Miracles of the Unchanging God 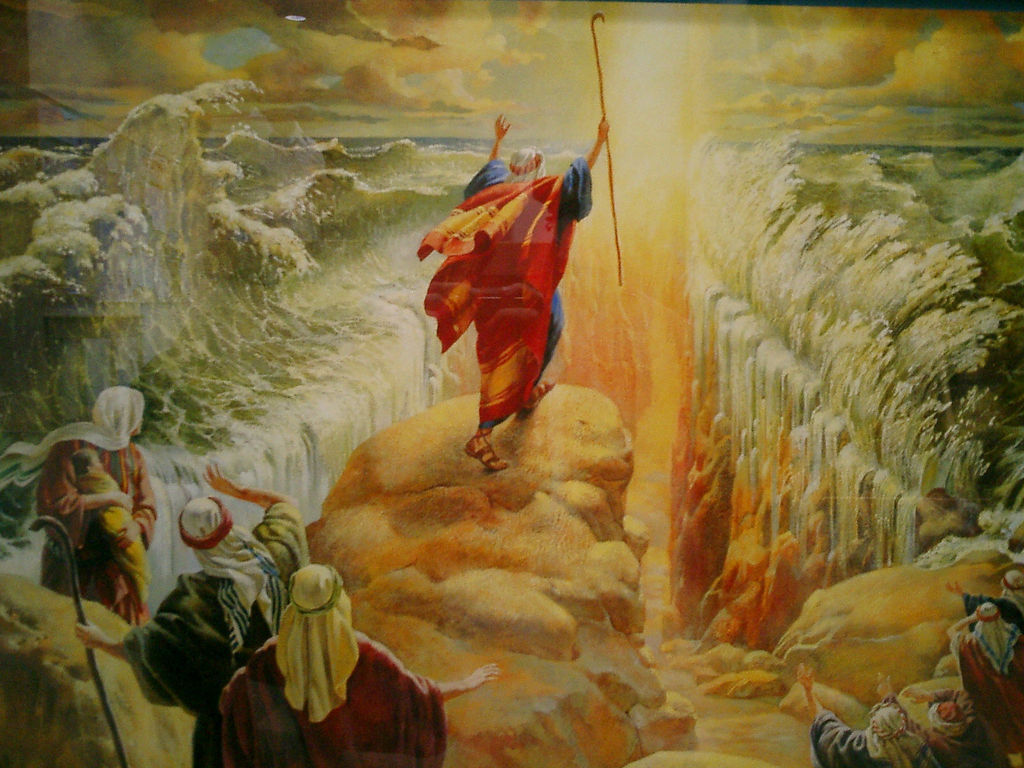 Jesus and the daughter of Jairus Bible drawings by Otto Semler and others, many based on the engravings by Carolsfeld, all in the public domain. by pcstratman

A new year brings new commitments. I figured what better way to start this new round of committing to some consistency in writing than with a discussion of miracles. Judging from past experience, it will indeed take God’s direct intervention if to overcome my natural inclination to distraction. More than that though, this is a continuation of the thought that spurred my last post a few months back, Hearing God. There I mentioned that the common perception today that God only talks to us directly when we really goof up shapes how I hear God.

This was always intended to be the second half of that commentary. The same notion colors our perception of miracles. We often only approach God when we are in dire need of help. We wait until we have run out of other options. We operate under the notion that we should do everything we can ourselves first. Then, only when all natural options have failed should we make our petitions known to God.

There is another, more insidious attitude that also keeps us from coming to God for miracles. The one that whispers in our ear, “Don’t talk about how God performs miracles, because what if He doesn’t?” After all, people die, disasters happen, the world can be a painful and ugly place. If we go around talking about the miracles of God, the big, supernatural kind, rather than getting a parking space close to the store or the glimpses we catch of God in the natural world around us, we might have to try to explain things we aren’t sure how to reconcile.

Or, we might push people away from God because they will wonder why He didn’t do what they asked. Or we might give the impression that if a person didn’t get what they asked for then God isn’t. Or, a thousand other excuses we can come up with, most of them having to do with our discomfort, fear or worry, why it’s not a good idea to look for the miracles of God, and why we should be excused from seeking them. There’s even a whole school of modern theology around the idea that God is no longer in the miracle business.

I don’t know enough about the various doctrines in the world today to argue them. But, I do know what the Scripture tells us about God, and about miracles. First, Scripture tells us that God does not change. There are a lot of verses and passages that reaffirm this notion that God is eternally God. My favorite is probably James 1:17

Every good gift and every perfect gift is from above, coming down from the Father of lights with whom there is no variation or shadow due to change.

From the beginning, God has been a God of wonders, or miracles, depending on your translation. From the first verse of Scripture, God speaks and worlds come into being. As we follow Scripture through the Old Testament, God moves and seas part, God walks and mountains tremble. God calls for the Leviathan of the deep in Job. He floods the whole of the Earth in Genesis. He delivers His people from Egypt in Exodus. He reveals His heavenly armies to Elisha and defeats the army of Syria at Elisha’s request.

And, miracle of miracles, He pours Himself into the frame of a man. Then He walks the earth to show us the Fatherhood of God. And at last promises us the Holy Spirit to come upon us after the Son returned to the Father in heaven. He continues His miracles as the Apostles go into the all the world making disciples of all nations. From the beginning until the end, where we see the old passing away in fire and the new Jerusalem descending from heaven, God is a God of glory and miracles.

An Invitation to Miracles

“Truly, truly, I say to you, whoever believes in me will also do the works that I do; and greater works than these will he do, because I am going to the Father. 13 Whatever you ask in my name, this I will do, that the Father may be glorified in the Son. 14 If you ask me anything in my name, I will do it.

There are other scriptures, particularly in the Psalms, referring to God doing miracles for His glory. For the Christian context this is perhaps one of the most important. Christ commands us to ask in His name, and He will do it so that the Father will be glorified. Note, He does not say ask only when you are desperate, or ask only for the bare necessities, or ask only for the most important things because I am too busy to answer all your prayers. He states, on more than one occasion, ask whatever you wish and it will be granted. And He tells us that the granting has little to do with us, with our need, with our behavior, but instead has to do with God’s glory.

The second reason Scripture gives for God answering our prayers for miracles comes in the Sermon on the Mount. Matthew 7:7-11:

7 “Ask, and it will be given to you; seek, and you will find; knock, and it will be opened to you. 8 For everyone who asks receives, and the one who seeks finds, and to the one who knocks it will be opened. 9 Or which one of you, if his son asks him for bread, will give him a stone? 10 Or if he asks for a fish, will give him a serpent? 11 If you then, who are evil, know how to give good gifts to your children, how much more will your Father who is in heaven give good things to those who ask him!

When we accept Christ as Lord, Scripture tells us that we enter into the adoption of sons in the house of the Lord. God grated us into His children and made us coheirs with Christ. Oftentimes these days I think we let that notion get us puffed up thinking we are something special. This passage reminds us that it isn’t so much to do with us, as it is to do with God. God is our Father, and He being a good Father, gives good gifts to His children because it is His nature to do so. God delights in us, as John Piper so eloquently describes, and because He delights in us He gives us miracles, because, well … it delights Him.

It’s Who God Is

In looking at all of this, much like our misunderstanding of God speaking to us, I have to reach the conclusion that God does not perform miracles simply because we have screwed up so much there’s no other way out. God performs miracles because He is God. He desires to reveal Himself to His children. He revels in  demonstrating His glory in all of creation. He delights to give good gifts to His children. And since Scripture says He does not change, and describes a God from the beginning of time to the end who engages the world of His creation with wonders for His glory and because of His great love for us, perhaps it is time we stop stuffing God in a box and limiting Him because we’re afraid to believe His promises. Perhaps we should listen once again to Mark’s words:

14 Afterward he appeared to the eleven themselves as they were reclining at table, and he rebuked them for their unbelief and hardness of heart, because they had not believed those who saw him after he had risen. 15 And he said to them, “Go into all the world and proclaim the gospel to the whole creation. 16 Whoever believes and is baptized will be saved, but whoever does not believe will be condemned. 17 And these signs will accompany those who believe: in my name they will cast out demons; they will speak in new tongues; 18 they will pick up serpents with their hands; and if they drink any deadly poison, it will not hurt them; they will lay their hands on the sick, and they will recover.”

Maybe it’s time to walk around expecting His miracles, and not be shy about asking for them. They are a part of who God is, and a sign of who He has called us to be.