A Heart | To Have or Not to Have 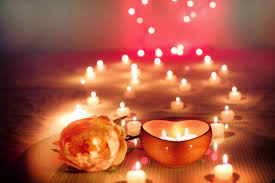 My flesh and my heart may fail, but God is the strength of my heart and my portion forever.

A phrase is coming up a lot lately. It’s one I’ve heard for years in Christian circles, and didn’t pay much attention to. But lately, the idea of having a “heart” for something creates ripples of unease in my soul every time I hear it. It’s a pretty sentiment, meant to convey a sense of emotional attachment or fulfillment from your ministry or the people you serve. But, it also conveys a false idea of what that should look like, and ultimately what the motivation behind our work in ministry is. If it’s about having a heart for certain people or for certain ministries, what happens when you lose that loving feeling, so to speak? Does that mean it’s time to give up, kick them to the curb, move on? Sadly, there is a rising idea within Christians in our nation that that’s exactly what it means. That if we are experiencing struggle in the areas we are ministering, or with the people we are serving, that must mean we’re in the wrong place, that perhaps we don’t have as much of a heart for those folks as we thought.

I hope we soon lay to rest this latest notion of sentimental spirituality, because it’s putting at risk the joy and obedience of a lot of good folks in the church. Toward that end, I felt led to share some thoughts on what it actually looks like to have a heart, and who that heart should be directed towards. Exhibit A.

Better known to you and I as Jeremiah, son of Hilkiah, Jerry was a prophet of the Lord. God called him to carry the Word of the Lord to the people of Judah. Now, if we look at the beginning of his ministry, God called him pretty young to talk to King Josiah. Josiah was a king of Judah who, a couple years after Jerry was called, actually turned to the Lord and turned Judah back to God for a time. But, the people were still pretty wicked. It wasn’t long before they were once again doing things that made God send Jerry out to call them prostitutes and whores, and warn of the dire destruction that was going to rain down on the land of Judah and its people. Jerry was most certainly called to the ministry, particularly to minister to the people of Judah, by the mighty hand of the Lord Most High. Yet, after years of preaching truth to the people, they begin to plot his death and try to wipe his name from the record. Still Jerry follows the command of God, and eventually finds himself imprisoned, starved, thrown down the bottom of a well. At a couple points, he even cries out in lament to God, and against this people God called him to serve. Take the beginning Chapter 12 for instance:

Righteous are you, O Lord,
when I complain to you;
yet I would plead my case before you.
Why does the way of the wicked prosper?
Why do all who are treacherous thrive?
You plant them, and they take root;
they grow and produce fruit;
you are near in their mouth
and far from their heart.
But you, O Lord, know me;
you see me, and test my heart toward you.
Pull them out like sheep for the slaughter,
and set them apart for the day of slaughter.
How long will the land mourn
and the grass of every field wither?
For the evil of those who dwell in it
the beasts and the birds are swept away,
because they said, “He will not see our latter end.”

Let’s take a look at Exhibit B.

Otherwise known as the guy trapped in the belly of a fish for a couple days, Jonah. God called Jonah and sent him to Nineveh to preach against them, as Scripture puts it. Instead of doing what God told him to, he ran as far as he could, because he really didn’t have a heart for the folks over in Nineveh. After all, they weren’t Jews. They didn’t worship the Lord. Worse than that, according to Jonah’s own testimony, he knew God to be merciful and gracious. He figured there was a good chance that if the Lord sent him, the people of Nineveh would heed his warning and turn to God, and God would withhold His mighty wrath. As it turns out, Jonah was pretty spot on in his predictions, making him an accurate, if not a very willing prophet of the Lord.

The last exhibit, I won’t play with His name. Jesus the Christ was literally the fleshly incarnation of the One and Only God. Scripture tells us in at least one place God is love. The Word tells us that the whole motivation behind the Son of God coming to earth was because God so loved the world. If anyone had a heart for people and for ministry, it would have to be the one we call Lord of Lords and King of Kings. Here are just a couple of snippets of what that looked like according to Scripture:

And he withdrew from them about a stone’s throw, and knelt down and prayed, saying, “Father, if you are willing, remove this cup from me. Nevertheless, not my will, but yours, be done.” And there appeared to him an angel from heaven, strengthening him. And being in agony he prayed more earnestly; and his sweat became like great drops of blood falling down to the ground.    ~ Luke 22:41-44

Now the chief priests and the elders persuaded the crowd to ask for Barabbas and destroy Jesus. The governor again said to them, “Which of the two do you want me to release for you?” And they said, “Barabbas.” Pilate said to them, “Then what shall I do with Jesus who is called Christ?” They all said, “Let him be crucified!” And he said, “Why? What evil has he done?” But they shouted all the more, “Let him be crucified!” ~ Matthew 27:20-23

Now from the sixth hour there was darkness over all the land until the ninth hour. And about the ninth hour Jesus cried out with a loud voice, saying, “Eli, Eli, lema sabachthani?” that is, “My God, my God, why have you forsaken me?” ~ Matthew 27:45-46

To be sure the Gospels that tell us of the life and ministry of Christ depict moments of great joy and love. But there are just as many moments like those above, filled with frustration, betrayal, anguish, the hopelessness of separation from the Father.

To Have or Not To Have

So what does all that tell us about having a “heart” for people and ministry? Should we have a heart for the poor and the helpless, the rich and the righteous, the sinners and the saints? Should we have a heart for mission, community, ministry, outreach? Do we need a heart for those things, or do we need something else? The truth is, we are not called to love only those who make us warm and fuzzy, after all, Scriptures tell us that even the pagans do that. We are not called to serve only those who give us a sense of fulfillment and accomplishment. We are not called to speak only words of comfort, or to offer only words of encouragement. We are not called to happiness, comfort or ease. We are called to love the unlovable, serve the ungrateful, speak to the unrepentant, and take joy in our suffering, persecution and unease. Sometimes that leaves us crying out “My God, My God, why have you forsaken me? Why do the wicked prosper? How long must I wait?” I don’t know that that really fits with the notion of having a “heart” for ministry or people. But it does fit with having a call to love the Lord with all we are, and trust that He is indeed the strength of our heart and our portion forever.