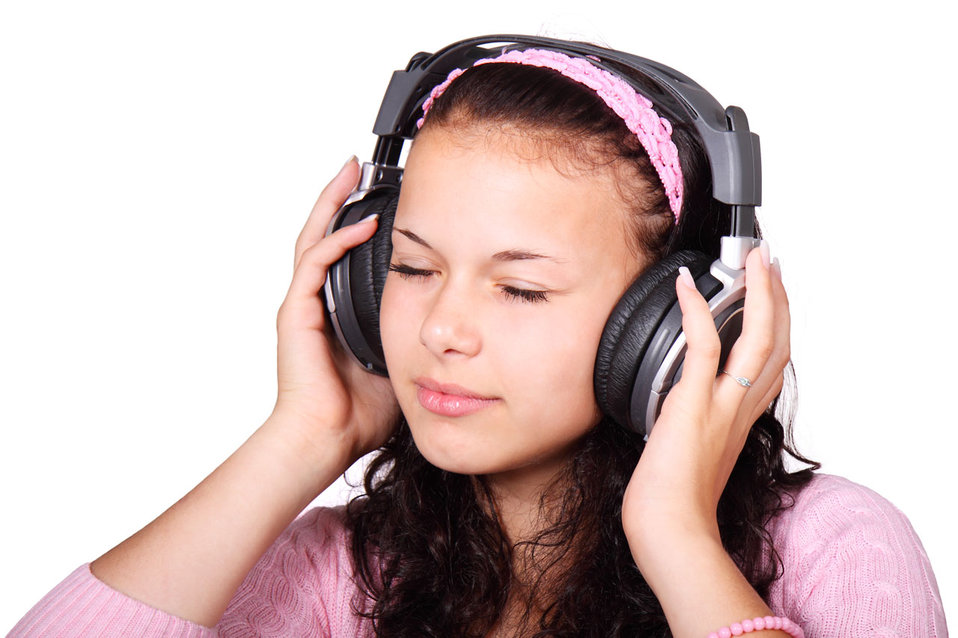 I’ve loved music since I was a kid. I always had an ear for melody. My Dad gave me my first instrument, a guitar, when I was five years old. I still have that guitar, newly stringed, though I never did learn to play it. When I was about eight years old, as I may have mentioned once before in this space, I was determined to be the youngest singer/songwriter for God. The first instrument I learned to play was an alto saxophone in sixth grade. I spent several years in chorus, both in school and occasionally with church. Briefly, before moving in ninth grade, I took piano in school. And in high school I sang in the choir for the musicals we put on.

As an adult, I spent six or seven years singing with the worship team at BGUMC. I fiddled with self-study in transposing chords. I painstakingly worked through music from the hymnals on an online piano that used keyboard keys to hit the right notes. I studied bits and pieces of music theory, watched vocal videos, and played around with the piano at church once we pulled it out of storage. I downloaded vocal sheets for the music we performed so I could play it in different keys, and practice at home. I love music, even after a short hiatus where I stopped singing.

It was in chorus that I first heard of the concept of ear training. For ear training, as you listen to music, combined with understanding notes and how music works, your ear becomes tuned in to the notes you sing or play, the keys you are in, and the natural flow of the music. I find it interesting this first day of the New Year that this was the piece I started a few months ago and never finished. As I prayed yesterday over the coming weeks, and the coming year, God was talking to me about things I have learned, and the need to come back to the basics. I need ear training, but of a different kind.

Ear Training for the Soul

Last night as I listened to worship music, waiting to say goodbye to the old year, and welcome the new, a little melancholy settled on my heart. I found myself feeling a little weepy and wistful, and wasn’t sure why. As I listened to the words of songs that speak to giving all we are to God, of not holding back, of stepping out in faith, it struck me that I have felt … not what I once was. The song “This Is Now” started rolling out, and the feeling solidified. I can look back and remember when my heart was wide open to God. It started with ear training for my soul.

I first began writing in earnest for God back in December of 2011. Each day I looked for how God was moving because He led me to share His presence with people on Facebook. I didn’t think about it. I didn’t bargain. I didn’t plan it. I just committed to write and tell and share the grace of God in my life. He used that time and commitment to tune my heart to sing His grace as another song goes. Those days laid a foundation of joyful obedience and discovery that carried me through so many things, good and bad, and built a faith that remained unshakable for years.

As I looked back last night, crying at the words:

it struck me why I’ve been feeling so … not what I once was. When I was called to step into a leadership role at BGUMC, and became the Lay Leader a request was made at the time. I was asked to be careful what I wrote, and to not share that writing anymore to the church’s Facebook group. Our new pastor was concerned the writing I did might stir controversy, cause confusion, and overall be construed as me speaking on behalf of the congregation due to my new role.

I asked about maybe doing a devotional for the church website, with the supervision and approval of the pastor, rather than just posting on my own. We talked about it. But with all that busy, and the continuing admonition from both my pastor and my best friend that to be mindful of the things I said, I eventually just stopped writing.

The trouble is that God doesn’t stop talking just because I stop writing. He didn’t stop showing up and showing out. He didn’t stop working in my life. He didn’t stop giving me visions, words, encouragement, or warnings. He kept right on talking. I had to work pretty hard sometimes to tune Him out so those words I didn’t know what to do with didn’t drive me mad.

I stopped writing, and eventually stopped really engaging people on social media. I let my blog fade. God spent a lot of time in 2011 and 2012 building my ear, and building my audience. I left them to grow fallow for the two years I was Lay Leader at BGUMC. And truly, if God desired for me to stop writing altogether, that likely would not have been so detrimental. But, I failed to recognize the danger of that request and that decision on my part, that it came not from a place of God’s direction, but from a place of fear and anxiety.

When we eventually got a new pastor, as United Methodist churches always do, I asked about writing again. He said that was fine. So I started trying to write again. There was already turmoil in the church due to larger issues being faced by the UMC as a whole right now. And I wrote a piece that addressed the larger issue of how the church addresses the poor in the world. It touched on our food pantry ministry, and how the ministry went through periods of attention and periods of inattention by the congregation. I questioned if that ministry was a current call of our congregation. It didn’t intend to denigrate, nor in reading the piece would most have taken offense, or even believed it was focused on our church. It was actually very much directed at the church universal, and clearly so. It lit a firestorm.

Speaking the words God gave me on Facebook, in private message, already landed me in trouble once previously. When I spoke God’s words to me to another congregant in my role as Lay Leader it sparked another fire. Finally in the meeting where I was called on the carpet for undefined complaints of being unapproachable, speaking what God gave me led to me stepping out of all the roles I had been in. Some of those roles I had been in for nearly seven years.  Others were not understood by those asking me to step down, and led to me standing by helplessly as things fell apart that did not have to.

I don’t say any of that to complain, or criticize this church that I so loved, and that helped me to grow and form that foundation I mentioned earlier. God knew all that was coming well in advance. He had his purposes, and part of those purposes was to shake me loose for things to come. I say it instead to say that in the smarting and turmoil, a seed of fear and doubt crept into my heart. That seed grew to a point of strangling me every time I started writing again.

In the time since all of that happened, I have written more. I started a couple of series on my original blog. I eventually split the blogs into two, this one and the original. I tried doing notes on Facebook again, a series of encouragement targeted primarily to my women’s group at the time. But, that vine of doubt still grips me, silencing me. My tone deafness from tuning out God still plagues me.

I settle in to write, and the voice starts whispering, “Who’s going to read it anyway? Why are you bothering? Did God really say that, or are you just making noise?” I stare at the screen and the new tab button calls me to just pop over to see what’s happening on Facebook. I think about the thing I needed to research. I feel like I really need to work. I can do the writing later. A billion excuses fill my mind and heart, still my fingers and voice, and this piece, and dozens of others, sit unfinished, or nothing more than a sentence describing a thought.

It was about ear training. He took me from scared, lonely, control freaky mess to joyful, leaping witness for Christ. All He asked was that I listen and look for Him, and tell what I heard and saw. I didn’t step out onto the waves. He led me there. And I don’t have to do it now. He’s leading me where He wants. I just have to tune my ear, turn my eye, open my heart, and tell what I hear and see.

Because this is the rest of that story:

Just when I thought my sin has closed the door
I see my Savior standing on the shore
With arms wide open
Just like the first time You called my name
You said that was then
And this is now
My child, I bore your cross, I wore your crown
When you couldn’t come to me, my love came down
So take My hand, I’ll lead you out
‘Cause that was then
And this is now
~ Casting Crowns , This Is Now, Thrive Album