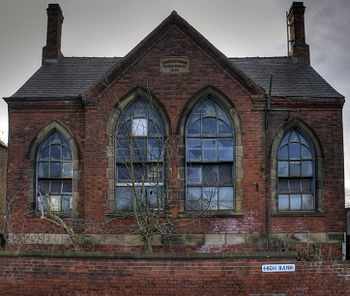 I sit here tonight, up too late after a day spent with Corey and Jordan watching TV and playing games, with my heart heavier than I would like it to be. It has been a day of joy, remembering our blessings. Yet, Sunday is coming, and as it has the last few weeks, that reality is filling my heart with hurt. Hurt is an odd thing for me. It is such a rare thing that I find myself hurt. I have grown used to flashes of anger quickly turned over to God, and even sorrow felt then laid at His feet. But, I cannot really recall feeling truly wounded in recent years.

For several weeks now, I have hesitated to speak here openly about the current state of things in my life. I have always been cautious and circumspect when my difficulties involve the actions of others or struggles outside my own personal thoughts and actions. For the last two years, I have been particularly careful with any commentary that touched on my church directly. God placed a burden on my heart and mind for that place that required me to be careful so as not to disrupt the work He had called me to with our last pastor. It was a time of foundation rebuilding, and it’s hard to rebuild foundations if you’re making people squirm, intentionally or otherwise.

Yet, it struck me the other day. Corey asked me how I was and I said sad. He told me I was hurt and feeling sad wouldn’t go away until I recognized and dealt with that. Then he asked me what I was going to do about it a little later. I have a wise husband. I had been denying that feeling of hurt, and the only way I have ever dealt with such things is by working them through in writing. One of the main underlying problems fueling that hurt is the sense of secrecy that has built up in me in response to the culture around me. So, I suppose, tonight, I will do what God told me to two days ago as I listened to Broken Together by Casting Crowns and wept for the current state of my relationship with God’s family in this place I have come to call home. I will write, and comfort myself with the reality that most of the people in my church probably don’t read these at this point, and if by some chance some do, I will pray that God guides the writer and the reader and healing can indeed be spoken.

On October 28th, I was asked to step down from my positions at the church. There’s been a lack of clarity on exactly what I was supposed to step down from, because there was the halfhearted assurances that I didn’t need to step down from everything. There’s been a lack of clarity on exactly why it was in the best interest of the congregation, only vague complaints of not listening and being unapproachable, or perhaps dismissive. Which is possible. It was a long several months from January to August without a break. And being too passionate and having a faith that is too strong, I suppose, though that wasn’t precisely how it was said. The only clarity so far has been a definite request to step down as Lay Leader, stop the work in the office I had been doing, and step out of anything that might be perceived as leadership. I have been released from my two year commitment there as missional staff.

The trouble is, we are a small congregation, so anyone who is doing anything at all will be perceived as leadership. That’s sort of how I found myself in all those positions to begin with. So, the result of this lack of clarity has been that I have stopped doing pretty much everything, except attending Sunday service and Bible Study, and I did start attending Sunday School since I don’t have anything else I need to do on Sunday morning. No more singing. No more working in the office. No more teaching Bible Study. No more helping with planning worship or the bulletin. No more helping with planning events, or meetings. No more updating the website or PR stuff. And I have to say, at first I was fairly excited by that, and figured it would be no problem to stay here in this place, as God has asked me to do for the moment.

It is not the being asked to step down that has hurt. It is instead the limbo it has created for me, coming in conjunction with radical changes to the worship service itself that have caused increased tension in the congregation. I meant it, and still do, when I said at the time it was interesting to me that even though I felt like it was a little less than a year early for that commitment to end, it was actually two years to the month from the time I lost my last job, and began this wild and interesting journey of being in full-time ministry and trusting God to take care of me and my family. I meant it when I said I could see His hand in the changes, even if they are feeling a little painful right now. I meant it when I said I don’t care about the style of music, or other elements of the order of service. It is not these things that have hurt me.

It is instead this sudden feeling of being an orphan. As far as I know, most of our congregation does not know that I have been asked to step down, not that that has been too much of a problem in itself. Most of the people that would have touched based with me in those roles do know what’s going on. And of those, there are the one or two I am very close to, who I have trouble talking to about this because it either feels like simply complaining in circles or I worry them because I am sad. And then there are the others, who have not spoken to me about any of this. The one or two I cannot even get to just sit down and have a cup of coffee to talk things through and restore the sense of peace in our relationships. There is a mentality that if we just don’t talk about these things, eventually they will just go away. But, they don’t. Especially not for me.

Because the one thing I don’t think any of us realized is that because we are a small church, we have limited resources of time and people. Almost all of those resources go into outreach, and currently into trying to get Sunday Schools and youth meetings growing. We do a lot to serve those outside the church, and what the leadership training I took calls the casual Christians. The ones who come only on Sunday morning. But, churches deal with four types of people, the community around us, the casual Christians, the committed, and the converted. Bible Study, and sometimes Men’s group has done some to serve the committed, those who will show up to support the church activities because they are members, but we have only ever had one thing briefly in my time there that ever served to provide a means for the converted to grow. The converted, those who walk in faith like breathing, wherever they go. Discipleship Training was probably the closest we’ve ever come to something for that group to help them grow in faith in community with other believers.

For the last two years and more, really since  I arrived here in this church, God called me to serve as the means to continue to grow. Faith building has come through service to the other leadership in the church that has allowed us to focus, at least with a few of us with each other, on the things that would encourage, uplift and correct us when we needed it. It was through times of working for God that we had the conversations that build our faith, and act on that growth in service to God. And, as we’ve done that, we’ve often longed for something deeper, but told each other to just be patient, we needed to serve the needs of those in the congregation and outside it that hadn’t quite reached that point of wanting more. We told each other that eventually we might get to that point, and that our fellowship while we worked and plotted and planned would just have to be enough for now, because we were there to serve, not be served. Because our faith was strong enough to do without a church that helped us grow, as long as we could serve to help others grow and attend to our own growth ourselves.

And suddenly I find myself unable to serve. And with no one to ask for help with that, because they haven’t replaced me. And with ideas and thoughts for some things that might help the others in our congregation like me, who need more than milk and honey, but unable to do anything with those ideas because it would be seen as leadership, or a challenge to the other leadership. I am orphaned in my Father’s house, and those who speak words of being so intent on serving the needs of the whole congregation do not even seem to notice, or if they do, they do not ask or reach out.

When I was asked to step down, I was told they didn’t want me to leave the church. At the moment, I can’t really imaging why not. My sons grew up there for the most part, and I have people I love there, even those I currently can’t seem to find a way to talk to. Corey has relationships and people he loves there. I know why I do not want to leave, why I want to find a way to grow there. But, in all honesty, I cannot really figure out why they would want me to stay there as things stand. The trouble is, as I have come to know faith, you are either growing closer to God or you are falling away, there is no standing still. If I cannot find someway to grow in this place I have come to call home, and with these people I have come to love, I don’t imagine God will let me stay.

Perhaps, with the writing and the continuing praying, His solution is closer to being revealed. Until then, I am blessed with a family who loves me, friends who love me, and the peace that comes from knowing that His had is indeed in the mix, and eventually, He will make these crooked paths straight and show me the way.