Revelations – Are You Ready? 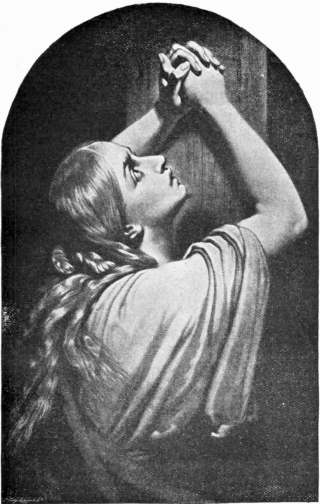 One of the deepest struggles I have witnessed in my fellow Christians, and within myself over the years, is an unwillingness to accept the answers to our prayers. Prayer is a strange and funny thing. It is the means by which we speak to God, the means by which He speaks to us, and when we grow in faith, it is one of the means by which He changes who we are into who He wants us to be. The trouble is, we often fail to stop and listen. We also fail to understand what we are asking for many times. Our vision and understanding of the world is small. We cannot really see beyond this moment in time, our current circumstances.

The thing about answers to prayers is they very rarely look like what we expect. Now and then, because God is, well, God, and He loves us, the answers will come in stunning perfection with instant connection between what we asked for and what we received. I’ve had that happen twice in rather amazing fashion with cars. The first time, two days after a teary rant at God interspersed with prayers that my struggling van would get me home safely and not strand me on the side of the road in the dark, I went to church. A gentleman I knew but that I hadn’t spoken to in a while stood next to me at the back of the auditorium just before service let out and asked if I was still looking for a vehicle. I couldn’t remember ever mentioning to him that we were having vehicle trouble. I cautiously said I was indeed still having trouble with my van. He proceeded to tell me they had a vehicle they needed to get rid of, and it was ours if I could get a ride down to pick it up.

Several years later, our vehicle got repossessed (in itself an answer to prayer in its way), and we were without a vehicle for a little over two months. We were waiting on our tax return before shopping for something to replace it, and it was delayed by nearly six weeks. When the return arrived, we began pricing vehicles in the car a friend has generously lent us for a couple of weeks toward the end of our adventure. I hate car shopping, especially for used cars. But, we were traipsing about, looking at vehicles in some of the places people put such things around here, and that evening, I posted to Facebook that we were looking and if anyone knew of a reliable vehicle in our price range I’d appreciate a heads up. I got a message from the gentleman who had lent us his car telling us to hold off purchasing because he had a line on something. By the next day, I got an email from him telling me that he and his wife had just purchased a newer vehicle to give room for their growing family, and they’d gotten such a good deal they hadn’t needed to use their old vehicle for a trade in. He brought me the title and keys to the next Bible Study.

I say that not so much to highlight the amazing way God sometimes answers prayers with a direct line from need to solution. Instead, I want to note that I have prayed thousands of prayers over the years, for thousands of things ranging from fixing the bills to healing my husband to prayers I had no words to speak. In some form or fashion, every one of those prayers has been answered, but this kind of direct response is not typical of how God answers. His responses usually take longer. His answers usually are far more complex. Sometimes, His answer is no, often it is not yet. Tracing the way God answers prayers is a fascinating study for me sometimes, when I look back at the way events and people had to line up to bring about God’s perfect solution in His perfect timing to answer prayer. There are times when the solution was clearly in the making for years before the need was even a glimmer on the horizon.

But, there is a pattern to the most powerful prayers I have ever prayed. The ones for healing. The ones for rescue. The ones that have no words but are a heart cry for God to MOVE. These kinds of prayers always take some time, but more than that, they require something from me. They require absolute obedience and trust. Because the answer almost always begins with the world falling apart around me. When I ask God to move big, to change something major in me or in my situation, the first step is almost always to eliminate something that is in the way. Sometimes that’s something like losing my job. Sometimes it’s been something like losing my car. Sometimes it is losing pride. Sometimes it is the demolishing of every dream I thought I had, and everything I thought I was or should be. Sometimes, the loss is gentle and gradual, like the drift out of political activism. Sometimes, it is brutal and painful, like Corey’s illness, or my second divorce.

When we ask God to move in our lives, we are essentially inviting the Holy Spirit to speed up the process of transforming us from what we were into what God desires for us to become. This realization often makes me a bit wistful for the circumstances people find themselves in in places like Iraq or China, where faith in Christ can get you killed. I’m not such a masochist that I desire painful death. But, at the same time, for people in those places I think the understanding and knowledge of who Christ is and what it means to call Him Lord must be a more instant revelation. Commitment, trust and obedience must come less painfully, at least in the mental aspects, because I don’t think they could make that commitment to Christ under those circumstances unless they truly believed to their core in the Gospel. And once made, there can be no waffling back and forth between their own power and the power of God. There is no power on earth that could carry them through what they face there. There is no human courage or strength sufficient to that enemy. Only grace.

By contrast, we in the US church struggle, sometimes for our whole lives, to genuinely embrace the absolute trust and obedience God requires from us in order to make us His. We cry out in fear and shy away from the things He calls us to do because at first blush, they look like disaster. We tilt at windmills of public opinion and think ourselves engaged in battle, while we fail at growing in faith and becoming more holy. We do it out of fear, or a pride that tells us we know better than God what should be done. We cry out for help, then run from it when it begins, never seeing it through to the glorious completion that would have come if we would just have trusted and been obedient. It leaves us broken and struggling to find balance, peace and joy in the in between stages of rote belief and a vibrant living faith that we crave but are too afraid to lay hold of.

If we in the US want to see revival, if we want God to answer the prayer “God Bless America” or the prayers we all say for Him to grow our churches, stop the degradation of our society, and the other thousands prayers we whisper, we first have to get over the notion that we can do those things ourselves. We have to be ready when the first thing He does is raze it to the ground if that’s what’s needed. We have to be willing to cling to Him in the face of whatever comes, and follow His command. Because we are not asking for the help of some puny god that hands out platitudes and prizes for best effort. We are calling on the wild, raging power of the Holy Spirit. The Triune God who spoke the universe into existence, caused life to exist and shook the foundations of the earth with His death, then conquered death itself. We are calling on the God who began the story of history and stands at the beginning and the end of the story, even as He walks with us each day. This is not a god of half-measures and fool’s gold, to be tamed and pulled off the shelf only when His answers meet our preconceived ideas.

I pray tonight that the power of Holy Spirit will unleash God’s glory through every one of His children in the coming days. I pray revival in the hearts of every believer, and awakening in the hearts of those who do not know His name. I pray every church will experience the overwhelming movement of Holy Spirit and He will shake what can be shaken leaving only what is true and holy. I pray that You will show me, and every other believer who is willing, exactly how You desire us to give every breath, every person and every possession over into Your hands to be used for Your purpose. I pray, Father, that Your will be done, on earth as it is in Heaven.

Will you join me in that prayer? Are you ready when He answers?