Revelations – You Will Know Them 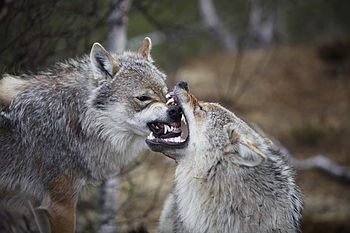 One of the most difficult things I have run into in recent days was a comment in a conversation that we cannot know what a person’s walk is like outside the walls of the church on Sunday morning. That for all we know they might spend a lot of time outside Sunday morning being disciples all over the place. I have wrestled with this for several weeks now, because in one sense this is very true. We cannot ride around in one another’s pockets to see what we are all doing with our time. Nor, quite frankly, is it our business to do such things. God calls each of His children to their own work, and it is not the place of other believers to second guess the path a person is on. We cannot see into the hearts of those around us either, so even if we knew what they did with each and every minute of every day, we could not actually know their motives for doing those things, whether it was discipleship or something else.

At the same time, Scripture is very clear that we, as brothers and sisters, are accountable for helping each other stay on God’s path. We are called to speak against behavior that is contrary to discipleship. We are called to hold one another to account for growing in faith. Scripture calls us to watch over one another, and to lift one another up when we stumble, which requires that we attend to the state of each other’s walk with God. Scripture also tells us that we can indeed know if another person is a disciple of Christ, or not. Not only does it say we can know this, it says we must seek to know this to protect each other from those who would pose as disciples and seek to harm God’s flock.

The epistles are filled with dire warnings against wolves in sheep’s clothing, against false prophets who have gone out into the world, and against false teachings. Revelation is filled with warnings to the churches in various states of downfall from their original beginnings. We are exhorted throughout all of the New Testament to test one another’s teachings and behavior to assure that we are not pulled down by those who wander from God’s Truth, even as we are commanded not to become a stumbling block.

This may seem a somewhat distant and abstract concept to many of us in the world today, where so much that was private is public, where so many things compete for our time. But, the reality is, understanding this in today’s world is critical to a Church that seems to have lost its way and is so often seen stumbling in the dark. When we look for leadership, whether it is among the clergy or the laity of the church, we must assess whether they are among the sheep or the wolves before giving them authority to order the church and be in ministry with us. When we look for teachers, we must assure that their teachings are true to Scripture, and not some foreign Gospel that Paul so often warned against. And if we are to help those God has surrounded us with to grow in Christ, we must also look to one another to see where correction or encouragement is needed. If we don’t begin to take the task seriously, we hinder the healing and growth of the body of Christ.

How often have we all seen the downfall of a church because of internal squabbles? This is one of the most common complaints I hear from clergy and leadership all over the place. That congregations will argue of the color of the bathrooms, the music in worship, whether or not the altar cloths are used and which color is appropriate if there is a choice in the lectionary. There are complaints about pastors wearing robes, or not wearing robes. For some pastors, as in the church I recently visited in SD, this state of affairs is treated with humor and grace, acknowledging that it may make the pastor’s job difficult, but at the same time that the work of God continues. In other places though, these complaints grow to such a cacophony that they split congregations, ruin careers, demolish relationships, and churches die, usually with the congregations believing it was someone else’s fault.

This pattern has become even more detrimental in the modern world because where once only those who attended a church were likely to note and mourn its passing, or spread word of who was to blame among themselves, social media and digital news means that everything is a news story to someone. Each internal squabble has the potential of hitting the ether with a viral message of the hypocrisy of the body of Christ. Today, we hold the potential to broadcast the worst of ourselves across the world in a second, strengthening the common cultural theme that Christians aren’t to be trusted, and that Christ is nothing special in the world. We look precisely like the world around us does, slanderous, divisive, malicious and dead.

While I agree that we should not use the discernment of where people are in their walk to make them feel guilty for not being further or to hold ourselves up as better, if we are to survive the modern age with our own faith in tact and being good stewards of the church communities God has given us to watch over, we do need to start using discernment in who we listen to about what, and how we respond to difficulties and disagreements. Christ tells us we will know them by their fruits, that a good tree cannot bear bad fruit and a bad tree cannot bear good fruit. There are several verses that tell us what bad fruit looks like. Malice, gossip, slander, lies, anger, sowing seeds of division. You might not see all these fruit together at first, perhaps there is no malice in the gossip that is passed along and becomes an echo that eventually leads to division. But, the malice and anger always follow. Perhaps slander wasn’t meant or heard as slander, but only as a complaint based in supposition. But, anger and division always follow. And the root of those behaviors begin to infect both the body and the individual who follows that path, hardening hearts along the way.

There is one verse that tells us what we should seek in the words we speak, the actions we take, and in observing those around us to help us discern who we need to heed among those around us. Well, there are probably more, but there is one that has been a favorite guide for several years for me. It is from Paul’s letter to the Galatians. “The fruit of the Spirit is love, joy, peace, patience, kindness, goodness, faithfulness, gentleness, self-control.” We probably won’t see all of those in one place either at first. We are all walking this road together at the pace God sets for us, and the speed is different for each of us. But, those who are saved, those who are disciples, are vessels of the Holy Spirit, and will exhibit a growing toward all of these attributes all the time as the Spirit does as Christ promised and leads them closer to God transforming them along the way.

The next time you have reason to wonder what folks do outside Sunday morning, or a conversation gives you pause because you are not sure if the topic is one that includes a genuine difficulty that needs to be worked through together with God’s grace or if it is something else, stop a moment. Pray. Better, pray with the person, and seek God’s wisdom and discernment. Then look at their fruit and look at yours, and decide how God wants to use the encounter to draw you closer to Him and bless those you have been called to serve with.