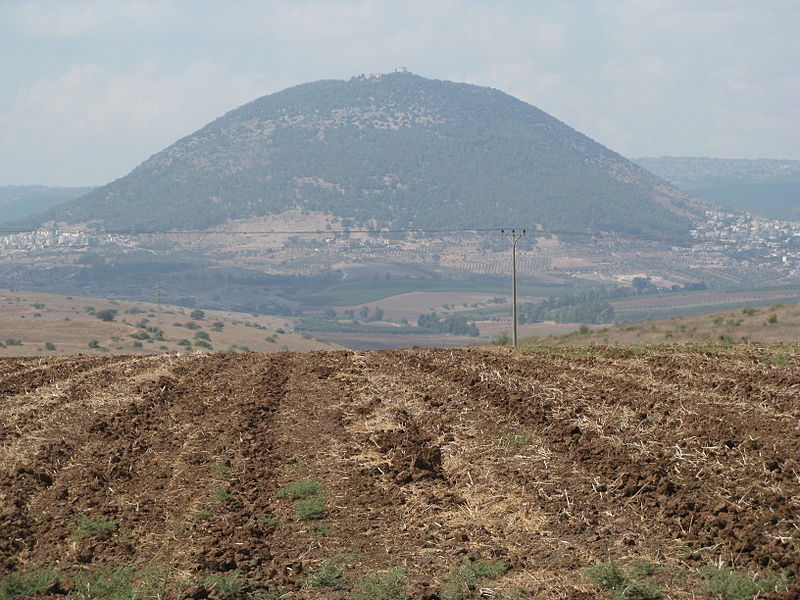 When this series was first came to mind, it occurred to me that perhaps some research was in order. After all, from my perspective, half the trouble we get into in this life is because we claim to follow Jesus without knowing much about Him. We know He died on the cross and was resurrected. We know we celebrate His birth at Christmas. We know he performed miracles and had followers. Beyond that, most of us have our own “personal Jesus.” A composite of ideas about Him that has evolves from bits and pieces of Scripture, popular thought, and even television and movies. Our Jesus might be stern, or he might be ever smiling. He may be black, white, or brown. He might have long hair or short, bearded or not. Most of that is fairly irrelevant to who He actually was. It is when we start thinking we know He would have approved of behaviors we like, but that the Bible speaks against, that we run into problems. So, I decided to read up a bit on the history of Jesus. Since I am currently working my way through a fascinating Acts class, and have learned that Luke was something of a scholar, I chose the Gospel of Luke to begin my research.

It’s been a busy week this week, as usual around my house. My time and attention has been constantly in demand. When I began this series, I assumed it would run much as the last. I would take the time to write every day, and it is still my hope that I can once again reach that point. This week that was not to be. At first I was a bit upset over that, as I felt I failed to live up to what God was calling me to do. However, in looking back at the reasons for not writing, I realized that this was not really the case.

Tuesday is when my plan went off the rails. I was trucking along on work, trying to get ahead of my evening plans. My friend Kathy started a women’s covenant group for our church this week at her home. She told me that God placed on her heart to ask me specifically to attend. It was very easy for me to say yes to that request, both because she is my friend, and because God arranged it ahead of time to fit my schedule. My boys have Boy Scouts on Tuesday nights, right up the road, at the same time. God has been telling me I needed a place of rest and refuge apart from my home. Don’t get me wrong, I love my house. As crazy and full as it often is, it is a place filled with love and joy. Some days though, I need quiet to hear God, and that’s a bit hard to find around here.

I got back from Kathy’s house rested and refreshed. The latest additions to my household were having a rough night. Their story is not mine to tell, but as everyone does, especially in times of turmoil, they hit a bump. Emotions were a little too tight wound, and finally popped. They each needed an ear willing to hear, and a voice willing to talk. I took time to sit with them both individually and do just that. This is not a complaint. I fully believe that God put them here with us to meet precisely this need when it arose. The life I have lived, the person God has made me, uniquely suits being a sounding board in most cases, and in theirs in particular. I feel tremendously blessed that God can use the silly and sad things I have done in my life to work out His grace for others. However, it does take a bit of time.

When all was said and done, and I’d also spent a little time chatting with my husband, and finally finished work, it was morning and I was in desperate need of sleep. I took one longing look at my computer, knowing I should have written here, and instead closed it down and went to sleep. Then the rest of the week set in, with Bible Study, band practice, meetings and work. It was suddenly today, and I still had not written, nor had God really placed a message on my heart those days when I was occupied with other tasks He had set before me. That was precisely the point, they were other tasks He had set before me. They were not the plans I had made to have time to write here every night. They were instead the plans He had for me this week to do things He needed done. Which brings me back to studying Luke.

I noticed a pattern in the stories of Jesus I’ve read so far in this Gospel. There is a repeating theme, Jesus went to the desolate places, or out on a lake, or to the top of the mountain. He would go there to pray and be alone with God, but as often as not in what I have read so far, instead those seeking his teaching and healing sought Him out. His response was never “Nope, sorry, I had planned to go pray.” It was always to teach and touch those who sought Him, spreading God’s love and grace among those who were lost and in pain. So I do not feel so bad about not getting immediately back to what I had planned to do for God. Apparently, He had other plans and that’s okay.

The desolate places struck me in these stories as well though. I am not a Biblical scholar, or a linguist of ancient languages, but it seems that in this context they are not talking about desolate as we mean it today. Jesus did not seek the places that were empty, arid, barren or filled with despair. He sought places where He could be alone to talk with and listen to God. He tried mountaintops, and the middle of lakes. He tried deserts. These are not so much places devoid of hope, or devoid of nature’s abundance in their own ways, as they are places devoid of people and the noise that comes with them. I think God tried to teach His people of the need for the desolate places when He commanded them to remember the Sabbath. Being the silly folks that we so often are, His people turned the Sabbath into a straightjacket, and used it to point fingers at each other over their level of piety, even going so far as to challenge Jesus about his Sabbath activities. Jesus reminded us that the Sabbath is not about a day. It is about seeking out the solitude we need to hear God. He also demonstrated that while the solitude is vital to our relationship with God, it may have to wait a while when God placed before us other work to do for His people.

The repetition shows that granting that work its rightful importance does not negate our need to seek God. It just means that we come back to seeking that quiet communion when our work for Him is done. This leaves me with two last thoughts for the night. First, this is the reason I did not set a timetable for this series, and why I can come back and write here without apology or guilt for having stopped a while. Second, on Tuesday I joked with my husband part of me wanted to run away to a convent for a couple of weeks. The more I think on that, the more I think that perhaps I was not really joking. I am not good at disconnecting myself from the world. I tend to want to fill the silences with something, anything, and there are many temptations in my daily life to do just that. I don’t think I am prepared just yet to withdraw from my life for any extended time, but perhaps that time will come in the not too distant future when I will be ready to go into the desolate places and pray as my Jesus did.

How are you following Jesus today? Do you know what He would do in the situations you are facing in your life at this moment? Are there trials, joys, challenges? Take some time to share, if not here then somewhere, because above all things, Jesus came to spread God’s message, and we are called to do the same. Be blessed and be a blessing.